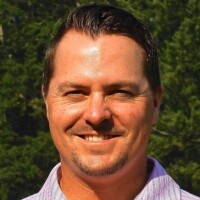 BOOK YOUR GOLF LESSONS WITH SEAN

Lanyi is a Foresights Sports Advisory Staff Member working with a GC Quad Launch Monitor, HackMotion 3D Technology, Boditrak Pressure Technology and Blast Golf Technology to help his players. Sean is a specialist with Putting and Green Reading as an AimPoint Express Level III & Putt Doctor Certified Instructor, one of a few in the world.

After graduating High School in Southern California, Sean pursued the golf business by attending the Professional Golfers Career College earning a degree in Professional Golf Management in 2000. Lanyi, became a PGA Class A Member in 2005. He began working in the industry as an Assistant Golf Professional at Oak Creek Golf Club in Irvine, California where Lanyi established a passion to grow the game of golf getting involved with the Golf Channels Drive, Chip and Putt. A few years later Sean began working at Black Gold Golf Club in Yorba Linda, California as the 1st Assistant Golf Professional and Tournament Coordinator where he began to establish himself as a teacher. After winning his first professional golf tournament on the Butch Harmon Tour, Lanyi returned home to prepare for his next event and began developing severe pain in his right arm. After seeing some of the finest surgeons in California it was determined that he needed reconstructive elbow surgery to repair nerve and tendon issues. Lanyi spent twelve months away from playing, working daily with a trainer and physical therapist to rebuild the strength which led to Sean's diligent training habits and work ethic away from the golf course.

Sean pursued teaching golf full time and accepted a position at the Kaanapali Resort which led to a career changing opportunity joining the Instruction Staff at the Kapalua Golf Academy, host of the PGA Tour Sentry Tournament of Champions on the Island of Maui. Sean mentored under the guidance of Jerry King a Golf Digest Top 100 Teacher. After a few years on the island of Maui, Sean accepted the position as the PGA Director of Instruction at Ko Olina Golf Club on the island of Oahu. This opportunity allowed him to create and build a full service golf academy and what turned out to be one of the most popular junior golf programs in Hawaii Sean spent over 2 years at Ko Olina, before heading to Las Vegas, where he took on the role as Head Instructor for the PGA TOUR Academy at TPC Las Vegas. This position exposed Sean to the best players in the world; seeing the PGA Tour players practice regiments and work ethic on a daily basis. Lanyi then joined the Jack Nicklaus Academy of Golf at DragonRidge Country Club, mentored and trained under the guidance of Mike Malaska, PGA Teacher of the Year in 2011 and Golf Digest Top 100 Teacher. Sean took the knowledge and wisdom and moved back to Southern California a few years later to create his own golf instruction business.