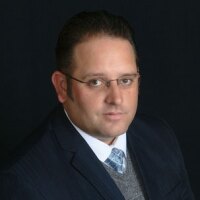 Brian has over twenty years of experience in business management; four of which have been in key leadership positions in the golf industry. Brian is an alumnus of the Golf Academy of America, more specifically the San Diego campus. Brian obtained all five certificates of merit; Club Fitting, Advanced Teaching, Tournament Operations, General Management, and Playing Credentials from GAA.

Brian also graduated with honors and served as his classes valedictorian. Brian was honored with Presidents’ Award in his class as well. Recently Brian has served as a Keynote Speaker for GAA San Diego and awarded a 2016 Top 100 Alumni of GAA.

Brian’s dedication was applied to his academics, play, and his peers. He served as a peer mentor and class representative three of the four semesters in attendance. Upon graduation Brian was given the opportunity and position of Assistant General Manager with the American Golf Corporation at the San Dimas Canyon Golf Course. While at San Dimas Brian excelled and created his own Teaching & Club Fitting Business A.I.M. Golf. Within eighteen months of being hired Brian was promoted to the position of General Manager of Scholl Canyon Golf and Tennis Club, an American Golf property in the city of Glendale. After two years and three months as GM of Scholl Canyon Golf & Tennis Club Brian was afforded an opportunity with Indigo Golf Partners and is now the General Manager of Tri-Mountain Golf Course in Ridgefield, Washington.